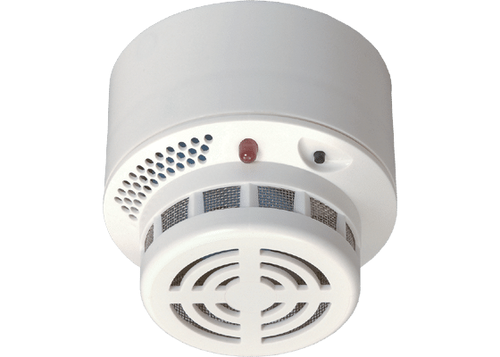 A temperature sector checks the room temperature every 8 seconds and reacts as soon as the temperature reaches 57°C. In this case, the device checks in the next three cycles whether the temperature continues to be over 57°C. After an additional three measurements, the alarm is triggered and the Carephone immediately alerts the 24-hour control centre. In addition, an optical signal is activated via LED and a signal tone. This early warning of possible hazardous temperatures makes it possible to act before people are injured and infrastructure is damaged. As soon as the temperature has decreased after an alarm, the temperature detector shifts to operational readiness within half a minute.

Temperature detectors as a logical alternative

The Wireless Temperature Detector from TASK Community Care is compatable with the following BOSCH/Telealarm Carephones;

Stay Connected With Us